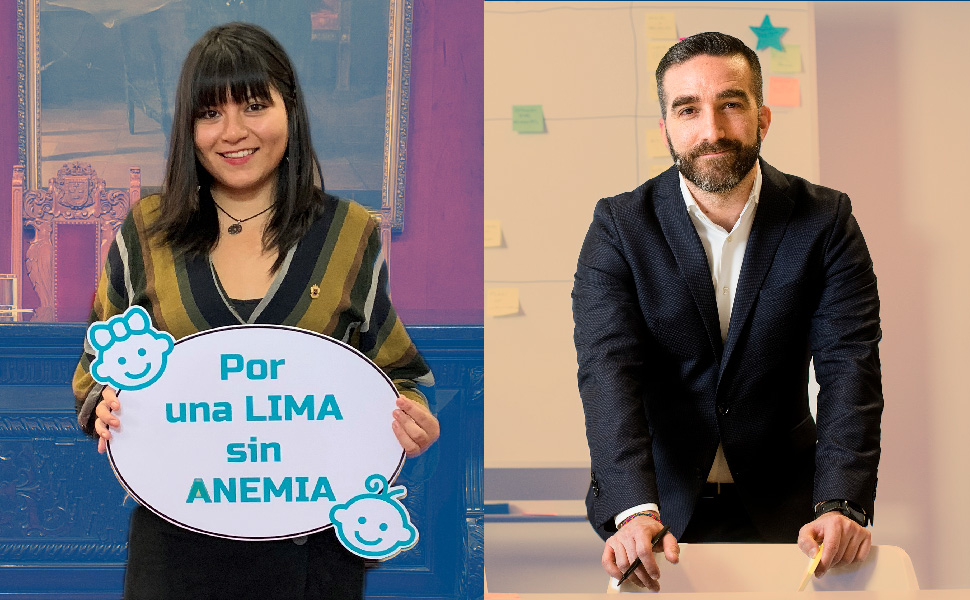 Often, young social entrepreneurs drive change from the outside, working to influence larger systems from the bottom up. Sometimes, though, they transition from outside change-makers to institutional decision-makers, taking their visions and values into high-profile political offices.

Jessica Huamán and Francisco Polo are two such entrepreneurs whose social impact journeys have taken this trajectory. Jessica is the founder of Nutriedúcate—a nonprofit addressing childhood malnutrition in Peru—and was elected this year to the City Council of Lima, which helps govern a metropolitan area of nearly 10 million people. Francisco is the founder of Actuable—a social enterprise and digital platform promoting civic advocacy in Spain, which eventually became the Spanish portal of Change.org. He is now serving as the Secretary of State for Digital Advancement in the Spanish national government and recently won a seat in parliament.

With IYF's dedication to youth agency and civic engagement, I had the chance to talk to Jessica and Francisco about how young people can drive change from both outside and inside of political institutions. Their responses have been translated from Spanish.

Joel: How would you compare the roles of social entrepreneurs and politicians or government leaders?

Francisco: The world is built by people—through the decisions we make and the actions we carry out, whether through a social enterprise or in politics. These are in fact not such different callings. In both cases, you are driven to change something that does not work or to solve a situation that you consider unjust. In this sense, a citizen who decides to be an activist for a cause is engaging in politics. And, at the same time, any politician who wants to change things needs to have his feet on the ground and understand the real problems in his community.

Jessica: You can do a lot from civil society, but there comes a point where the political will of public officials is needed to change a law or to implement a program that benefits the greater community. This is one of the key divisions between working as an agent of change from civil society versus a governmental system. In my experience, I can say that my background in civil society has helped me to better exercise public office, respond to citizen demands, and serve as a bridge between civil society and government.

Joel: Each of you has clearly evolved and grown over time in your roles as changemakers. How has your passion for social change and your desire to impact a particular social problem translated into your current roles?

Jessica: I started Nutriedúcate with many hopes and a firm dream: I wanted to work to eradicate malnutrition in Peru. With the passage of time this dream has consolidated and grown to include new challenges, but I’ve never lost sight of that initial impulse. Now, for example, as a City Councilor I’ve had the opportunity to draft all the proposals in our 2019-2022 government plan related to nutrition. This includes, as a top city priority, the implementation of a municipal ordinance to combat anemia, as well as work to promote food education, and strategies to connect with diverse actors from civil society and local government.

Francisco: It's been almost a decade since I founded Actuable. In these 10 years I have lived all kinds of experiences and learned so much. However, there is one aspect that has never changed: my great passion is still solving injustices and helping make things better for everyone. I have now been tasked with thinking through a new economic model for our country. And in this I am convinced that all the policies we can carry out to make Spain a more innovative country, the next entrepreneurship nation, are also policies that can be directed to close social gaps. Gaps connected to gender, geography, socioeconomic status, age, or disabilities. If we can really include everyone, make sure everyone feels included, we will have much more cohesive, peaceful societies and we will be better positioned to face the challenges of the future.

Joel: As you reflect on the role of youth in politics and governance, how do you think politics changes when young people get involved?

Francisco: It's very simple: when young people get involved, policies that benefit young people are implemented. On the other hand, when young people disengage from politics, politics does not always protect them or look after their best interests. Having a voice and vote is fundamental because that is how democracy is built. When a person has a voice, he can influence; when a person has a vote, he can decide. So, if young people want to influence and decide, either in matters that concern them directly or in other areas, they must participate in political life, which basically means exercising their citizenship.

Jessica: On many occasions I have heard people say, "Politics is bad!" Now that I am in public office, I hear this phrase even more frequently. And the thing is that political activity has often been discolored by improper and corrupt actions; the reality is that there are actors who have used power to serve themselves rather than to serve others. And it is precisely these old ways of doing politics that have scared away the new generation from entering the political sphere. That’s what makes it so important to create and strengthen spaces for youth participation. And today there are increasing numbers of young people who have made a bet that we can engage in politics with a clear goal—that we can help renew politics.