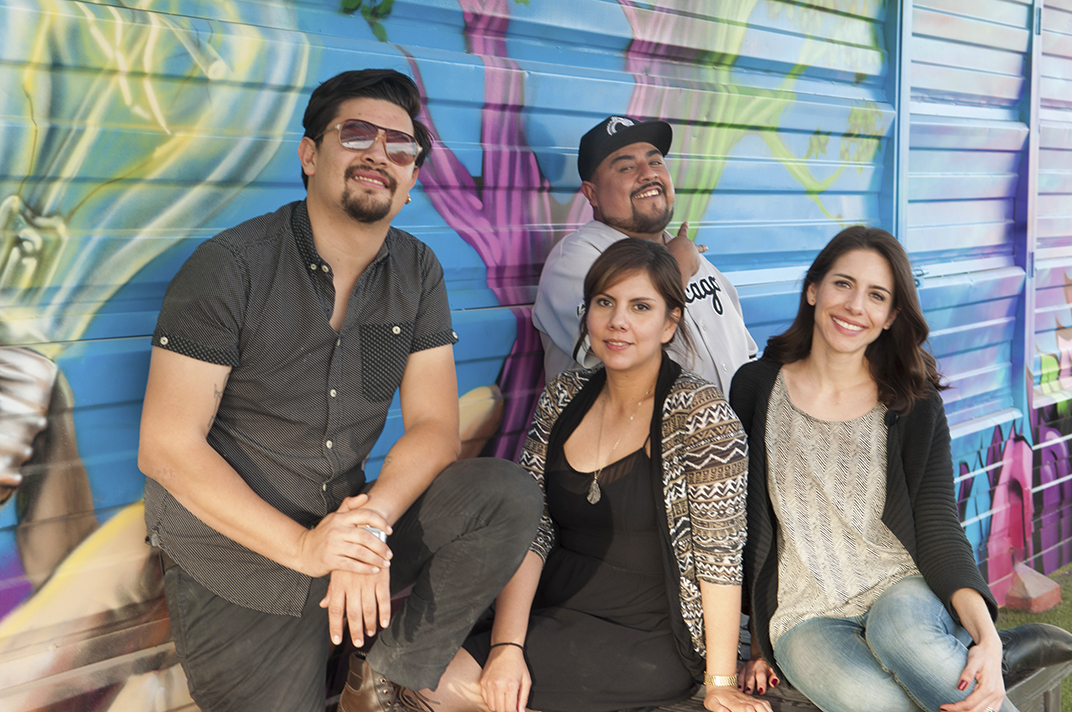 Last year, the city of Chicago recorded 762 murders, with other U.S. metropolitan areas reporting even higher per capita murder rates; yet none comes close to the staggering 3,111 homicides committed in Ciudad Juarez, Mexico in 2010. At the time, the city, located just across the border from El Paso, Texas, was known as the most dangerous place on earth as rival drug cartels competed for access to the lucrative U.S. drug market.

“The city was a place of fear and paranoia,” recalls Jorge Carreon, who then worked as a graphic designer while attending university. “You couldn’t trust anyone, even your neighbor, as they might be connected to the drug cartels.”

Now in his early 30s, Carreon was one of dozens of young people who came together in 2009 to reclaim their communities. “We were either going to unite or perish,” he recalls. Carreon and the other galvanized youth formed a group that eventually became known as Red de Agrupaciones Juveniles (Network of Youth Groups), or the Red, for short. Beginning as a loose-knit collective of youth-led initiatives, the Red’s membership gradually evolved into over 70 legally-registered, youth-run organizations. Together, they sought to tackle the underlying causes of youth alienation and anger that often drove their peers to join the ranks of narcotics traffickers. Issues such as poverty, poor quality education, and lack of recreational and employment opportunities were high on their list.

“We were either going to unite or perish.”

At the time, “most of the victims, as well as the perpetrators, of violence were youth,” recalls Sergio Lopez, a founding member of the Red who was studying finance at a local university. Because youth were largely viewed as part of the problem, early government efforts to remediate the situation failed to take youth views, or voices, into account, he adds.

The story of how the Red came about is a story of youthful idealism and determination. It’s also a story of how a nascent youth movement came to eventually collaborate with government to achieve shared goals.

But it wasn’t easy.

Youth Stand Up; Speak Out

Now 33, Antonio (Tony) Briones grew up in the September 16th neighborhood on the northwest side of Juárez, considered one of the city’s most dangerous. “Many of my friends got shot or died because the gang problem,” recalls Briones, who himself spent time in juvenile detention before launching Colectivo Fundamental, a positive alternative to gangs that engages middle school students in recreational activities like break dance, rap music, and graffiti. “My environment got me interested in being a force for good,” he adds.

Briones wasn’t alone. A number of his peers across the city had launched social initiatives leading up to and during the early days of the crisis in Juárez. Their determination to make a difference was shared by university students across the city. In 2009, with the situation around them rapidly deteriorating, a handful of these youth started meeting informally to brainstorm ideas and identify priority issues. By late 2009, the federal government, too, had stepped up its efforts to solicit community feedback, but one key constituency was left out: youth.

The situation escalated to a new level of urgency on January 31, 2010, when 15 teenagers attending a birthday party were killed as a result of gang violence. The following week, then President Felipe Calderón visited Juárez to condemn the act, which was perpetrated by youth sicarios, or hit men. During an official event, he outlined the government’s response. Determined to have their voices heard, youth in attendance interrupted the President, presenting him with a 10-point proposal for stemming the tide of violence. Their proposal included actively engaging young voices in the creation of youth programs and policies, along with specific recommendations for improving education, expanding arts and cultural opportunities, and creating safe public spaces.

Their proposal caught the President’s attention. Soon afterward, the local government hosted a series of roundtables, in partnership with youth, to identify their needs across a range of issues from education to employment, health to public safety. The roundtables paved the way for the establishment of Red Juvenil in March 2010.

At the time, Eunice Rendón, Ph.D., then Director of Violence Prevention Programs for the Ministry of Health, was charged with working with the city’s youth to develop a strategy for engaging them in efforts to prevent violence. Their first joint initiative was to organize a concert to counteract the negative atmosphere permeating the city.

“The concert was designed to showcase all the talent that existed in Juarez, with special attention devoted to engaging young people from vulnerable communities,” says Rendón. “Everything from planning to promoting the event was done by youth.” To advertise the concert, youth painted graffiti signs in prominent locations.

“The concert was designed to showcase all the talent that existed in Juarez… Everything from planning to promoting the event was done by youth.”

All was set to go when disaster struck. Just days before the Juárez’n vivo (Juarez live) concert, a car bomb exploded in the city, leaving Rendón under pressure from the Minister of Health to call off the event. “The youth didn’t want to cancel; to cancel was to give into fear,” she recalls. “They believed that if a bomb could make a lot of noise, they needed to make more noise. They needed to reclaim the city’s public spaces.”

With the youth adamant that the event take place, Rendón persevered, adding extra layers of security. While a low turnout was projected, more than 13,000 people—most of them youth—filled the plaza in front of the Paso del Norte Cultural Center from noon to midnight on July 24, 2010. The impact of the event exceeded all expectations, says Briones, who lent his talents as master of ceremonies. “At the time, people didn’t want to be on the street. They didn’t want to go out to eat. They were completely paranoid and living in fear.”

The concert represented a turning point for the city’s nascent youth movement, demonstrating what local youth could achieve. “After the concert, the government started to ask, ‘what can we do with these young people?’” recalls Rendón.

Fernando Santibañez, Director of Youth Outreach at the Mexican Youth Institute, a national government agency, had been following the Juárez youth. “These were young people who wanted to change the world and change their community,” says Santibañez. Starting that summer, he set out to champion their efforts.

To be effective, Santibañez knew Red members needed both training and financial support. He made it possible for them to attend weekend courses on topics like nonprofit management, fundraising, and how to formally establish an organization. While the youth didn’t trust the government at first, Santibañez sought to build that trust. “It sounds like a cliché, but you have to believe in them. You have to encourage them to go for it,” he says.

“These were young people who wanted to change the world and change their community.”

With a budget of just over US$200,000, Santibañez covered the cost of the training workshops and the legal process required for Red members to formally register their organizations. He also awarded mini grants to kick-start their efforts in communities. A third of those projects supported involved the arts, including music, dance, film, screen printing, poetry, and painting.

“The people in the classes were from gangs,” says Santibañez, “They had dance-offs, not shoot outs.” One youth organization screened films in low-income communities and then trained local teens to make their own movies. Another encouraged youth to express themselves—and beautify their neighborhoods—through mural painting.

Santibañez estimates that more than 24,000 people benefited directly from the efforts of the 73 youth-led organizations that received the Institute’s support in those years.

Beyond numbers, the Red helped tell a new story of possibility. Civic pride was nurtured through events and mural painting activities that celebrated the city’s cultural heritage. One of the murals, a towering portrait of Juan Gabriel, one of the nation’s most popular singers who was born in Juarez, was unveiled during a public concert attended by more than 100,000 local citizens. 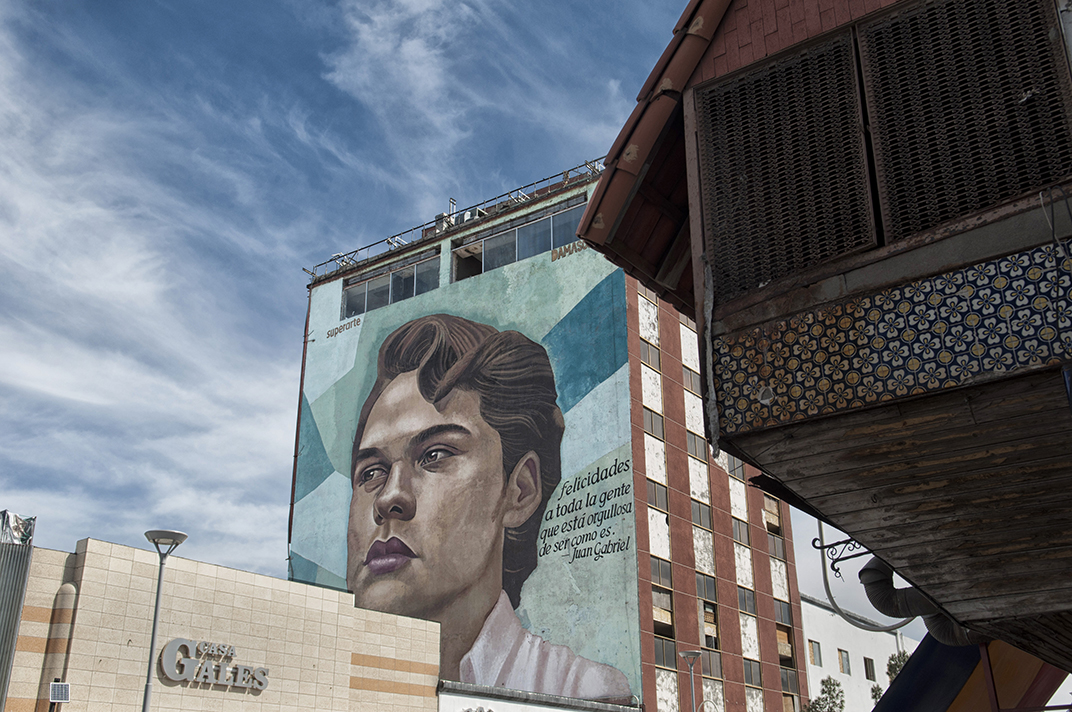 Giant murals, like this one of Mexican popular singer Juan Gabriel, who grew up in Juarez, were painted to nurture civic pride in the city.

Another achievement was the Red’s success in influencing local youth policy. In March 2013, the Mayor’s office announced the launch of the Comité Municipal de la Juventud (Municipal Youth Committee), comprised of government officials and representatives of youth-led civil society organizations. The Committee was given a budget of approximately US$118,000 and tasked with supporting local youth development and incorporating youth voices into related policy decisions. The committee continues its work to this day.

13 Tips for Building a Youth Movement

Red Juvenil members and their supporters offer the following advice for building an effective youth movement.

The Red: Reflecting on What Worked

Asked what made the Red effective at meeting local needs, Santibañez and the youth agree that the urgency of the moment galvanized youth like never before. Also important was the diversity of youth involved. “The young men and women were from different social classes,” says Rendón. “You could find people in universities and in gangs. What held them together was their passion for creating change in their city.”

Through the Red, youth also found a safe space to share their views. “You could say your ideas and not be judged,” recalls Mely Carreon, who worked through Jovenes Por Juarez (Youth for Juárez) to rehabilitate public spaces. “You could hear and learn from others’ points of view.”

Luly Tejada, who founded an initiative to support cancer survivors, also speaks to the growth opportunities the Red provided. “The Red was a place where I could learn,” she says. “It made us prepare. It made us learn more about government policies. Thanks to the Red, I got my Masters in Public Policy.”

The Red also excelled at engaging youth—in their communities—through activities like music, artistic self-expression, and sports that appealed to them. Jorge Carreon, now a filmmaker, speaks to how important it was to shift the narrative in the city through the medium of art. “Images matter,” he says. “Film, art, and architecture can transform consciousness. If what you see is corrupted, that’s what you’ll assimilate. A simple light in the park can make a change.”

As the Red started building a track record for youth-led social change in Juárez, Rendón and others began looking at how to support youth-led efforts in other Mexican cities struggling with violence and unmet social needs. As a first step, Red members shared their experiences at regional youth forums in cities like Tijuana and Acapulco.

Over time, local groups took root and in 2012 a national initiative was launched—Red Viral (Viral Youth Network)—to link these grassroots youth movements and enable members to share their challenges and strategies. In the early days, the government provided support, allowing Viral members to take courses to build their capacity to lead change. Today, Viral is active in 32 Mexican cities, with the private sector offering modest support.

As for the young leaders of Ciudad Juárez, many have gone on to run successful social enterprises and nonprofits that continue to address pressing community needs. Part of their legacy is serving as role models for a new generation of youth in the city who will need to define their own priorities—and solutions.