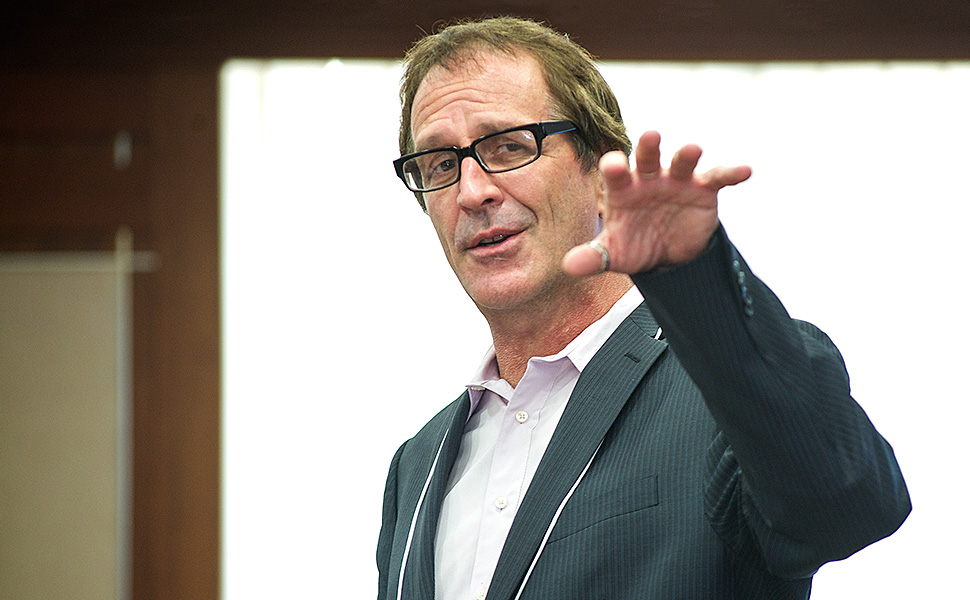 Educators, researchers, and employers are reaching a consensus that life skills carry undeniable value for young people’s personal and professional success. But can you test for something like time management, teamwork, or self-confidence? Can you do it in as clear-cut a way as you’d ask someone to prove certain cognitive skills by, say, solving a math problem?

For Richard D. Roberts, Vice President and Chief Scientist at ProExam, the answer is an unequivocal yes. A trained psychologist and award-winning researcher, he has spent his career studying life skills—also called soft or non-cognitive skills—and creating tests to help organizations measure them. He is part of a team leading ProExam’s partnership with IYF to develop an assessment to complement our Passport to Success® life skills curriculum.

“The controversy at the moment about whether you can measure soft skills is overstated,” Roberts says. “The workforce has been measuring these things for many, many years.”

Roberts is no stranger to cognitive, “hard” skills tests either. The affable Australian researcher joined ProExam after more than a decade at Education Testing Service, or ETS, the organization that develops and administers standardized tests such as the SAT and GRE. Speaking of life skills assessments he and ProExam have created, Roberts says, “When we test for these skills, they look, feel, and smell like they could be cognitive in nature.”

The problem with life skills tests in the past, Roberts says, was a reliance solely on self-reporting. “That ends up creating all sorts of problems. For the workforce, for example, I might not know anything about how good I am at something until I am doing that task.”

“The science is growing, and we use new assessment methodologies,” he adds. Roberts explains that, to get reliable results, the assessments he has helped develop always use more than one way of testing and then aggregate answers from across these two or three methods. One such method is called a situational judgment test, where a young person is given a scenario and then has five or six responses to choose from—for example, how they would act.

Roberts offers coping as an example of how testing for life skills isn’t so different from asking a young person to solve a math problem after all. “There is an answer to a controllable stressful situation,” he says. “In a question on a test, I can put you into a thousand situations, and, as long as the situation is controllable, the best response is problem-focused coping.”

ProExam applies scientific rigor in creating their assessments, says Roberts, who has published more than a dozen books and hundreds of research papers. He and his team continually refine each test, including using tools such as the Amazon Mechanical Turk, which allows them to get feedback from youth online in a matter of hours. In his work, Roberts examines how a test can be made to match a curriculum, tweaked for local relevancy, and delivered in a way that best suits partner expectations and student success.

When Roberts is asked about how to most effectively deliver a life skills test, the comparison to a cognitive skills assessment like the SAT becomes even clearer. “Some of these kinds of tests can be several hours long—that drives people crazy,” he says. Fortunately, a life skills test can be made more flexible.

“As an alternative, you could have the tests be part of a class, given as quick, five-minute check-ins, and then you could discuss the results with students as you go. Perhaps you could take a hybrid approach of more, shorter tests plus one final, cumulative assessment,” says Roberts. He also suggests that you could make life skills assessment more like cognitive tests by giving a young person the opportunity to improve his scores by being tested more than once, after additional preparation.

Boosting these so-called soft skills is hugely important for young people’s personal growth and their career development. It can even be a matter of life and death. “Work ethic is your best predictor of your mortality,” says Roberts. “Conscientious people tend to live longer.”