For This STEM Student in Kazakhstan, Clean Energy from the Moon Isn't Sci-Fi 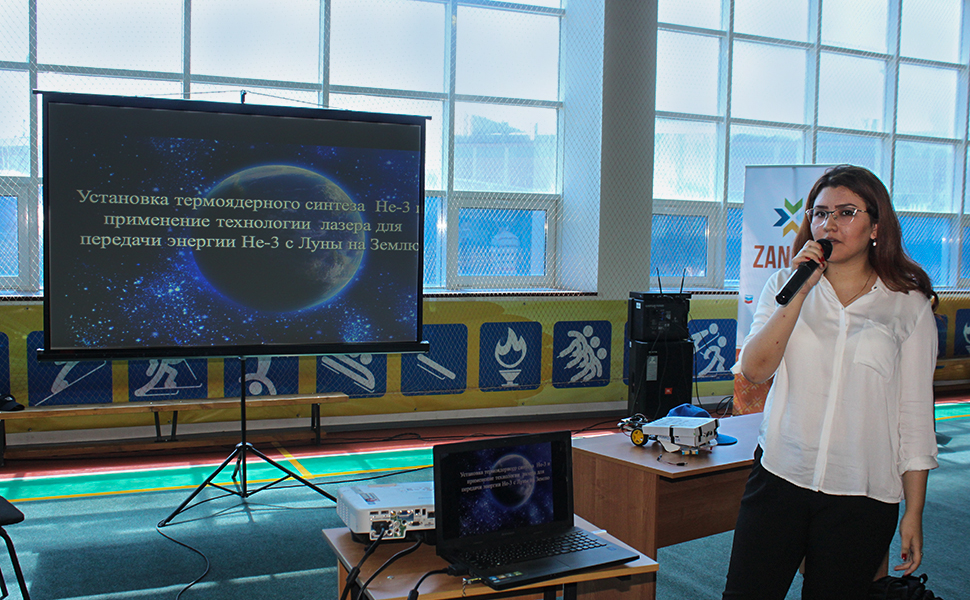 To the layperson, using a laser to beam energy from the moon to earth sounds like science fiction. For 18-year-old Akmoldir Dyussenbayeva, from Kazakhstan, the concept isn’t just plausible—she has built a prototype to try to do it.

Akmoldir began researching the topic in April of 2015, before presenting and winning second place at a national science competition later that year. To help her move from thesis to prototype and compete at the next, highest level, Akmoldir joined the Zangar initiative, a partnership of IYF and Chevron. Zangar’s main objectives are to create an environment that supports youth learning and to expand science, technology, and mathematics (STEM) education in the country.

When Akmoldir joined, she enrolled in Zangar’s capstone program, which uses the engineering design process to engage teams of students in cross-disciplinary activities that tackle real-world issues. While this learning takes place outside regular class time, it integrates standards from the school curriculum. Participants prepare a prototype that solves an existing problem, which is exactly the type of practical learning Akmoldir needed.

Her thesis centered on Helium-3, which has huge potential as a clean energy source. The moon is rich in this isotope, which theoretically could be mined and converted into a form of energy that could be transferred through space back to the earth. Akmoldir understood the theory behind what she was trying to do but lacked relevant hands-on experience.

“The capstone sessions were extremely helpful, because we not only covered technical aspects, but also learned a lot about teamwork and stress management,” says Akmoldir. “Moreover, the IYF team provided essential equipment, like the laser, and helped me with the calibration process.”

During the sessions, Akmoldir became acquainted with the engineering design process, which helped systematize her approach and made her final goal clear and understandable. As she began to prototype and then calibrate the laser-emitting machine, she specifically learned the process of lens focusing. This new understanding helped her make the prototype more efficient, and Akmoldir improved it in time for the international competition of scientific research projects, in Russia.

More than a year of hard work paid off when Akmoldirs’s project, "Setting the Fusion of He-3 and Using a Laser for the Transmission of He-3-Derived Power from the Moon to the Earth,” won first prize. This achievement exempted her from secondary school graduation exams, and she received a full tuition scholarship to her choice of almost any university in Kazakhstan. Akmoldir is now taking engineering coursework at Nazarbayev University, in the capital city of Astana. She plans to pursue electrical engineering.

“I would like to thank everyone who helped me: my supervisor Gizat Imashev, instructor Muflakov Tasbolat, my teacher Adyrova Ayzhamal, and everyone from Zangar that helped to construct the prototype and complete the project,” says Akmoldir. “Thank you to all those who invested their time in me.”