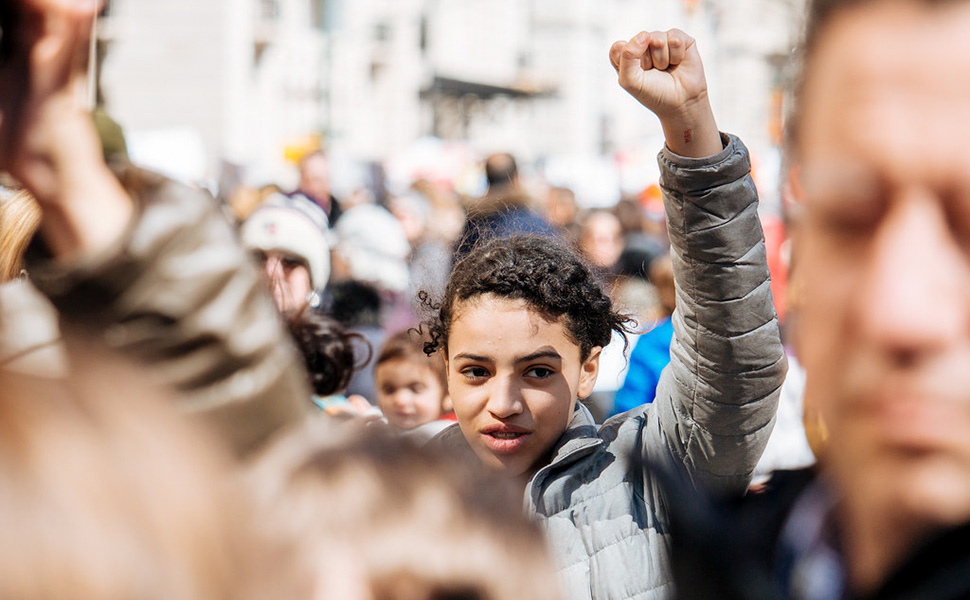 In the wake of the tragic Parkland, Florida, school shooting and the extraordinary student protests for school safety and gun reform that emerged soon after, many young, first-time activists are in the media spotlight. Public reactions range from commending students for taking a stand, to baseless conspiracy theories and skepticism of youths’ ability to lead change. Somewhere in the middle lie concerned parents and others who question whether children should be protesting and wonder if engaging too closely with social challenges distracts kids from the business of adolescence: academics and preparing for life after high school.

Yet according to a new study, youth civic engagement in the form of volunteering, voting, and—yes—even protesting and activism, is associated with higher educational attainment and income levels in adulthood. Published in the journal Child Development, Impacts of Adolescent and Young Adult Civic Engagement on Health and Socioeconomic Status in Adulthood measured the long-term implications through analysis of a national longitudinal study of more than 10,000 young people from a wide variety of ethnic, racial, and economic backgrounds. The study not only established that demonstrating is good for young people, it also found that this is true regardless of other key factors influencing future success, such as early academic performance and parental education levels.

“Engaging in civic life is worthwhile for many reasons,” suggests Parissa J. Ballard, Assistant Professor of Family and Community Medicine at Wake Forest School of Medicine, who led the study. “It can build community, fulfill social needs, change policies, and ensure a healthy democracy. Our study suggests that civic engagement is also generally good for the people involved.”

If the benefit to young people is clear and spans socioeconomic contexts, imagine the transformative impact that stands to be made through investment in programs that help youth better understand social issues affecting their lives and their role in solving them. By preparing youth, including at-risk and marginalized youth, to feel agency over their circumstances and futures, we set them up to write a new narrative for themselves and their peers, shatter expectations for youth in their communities, and lead by example for the kids who look up to them.

Researchers agree, claiming “the possibility that civic engagement might be a formative experience with a role in shaping educational attainment and income provides a promising avenue for interventions meant to promote socioeconomic status and reduce disparities.”

In IYF’s surveys of young change makers applying to YouthActionNet® fellowships in 2016, the majority reported that the most significant factor inspiring them to lead change is exposure to social problems in their community. In IYF's 2016 Millennial Viewpoints Survey, more than 80 percent of youth respondents reported believing that they have an obligation to help those who are less fortunate. The appetite from this generation to develop solutions to problems in their communities is clear—as is the intrinsic potential.

The student leaders at the forefront of the Never Again movement are not prodigies, they are prepared—they’ve benefited from courses and extracurriculars which taught them vital skills for driving social change such as public speaking, critical thinking, and teamwork. What if all students were given the chance to practice leadership, empathy, and other skills for solving social problems the same way they are schooled in solving math problems?

Young people don’t need to take to the streets to benefit from civic engagement—researchers found that activities like voting and volunteering had the same educational and income benefits as activism, as well as added health benefits, including fewer symptoms of depression and a lower risk for negative health behaviors. By actively working to address community challenges, kids and teens are creating change within themselves. While they see the impact as external, they too are benefiting.

One exception to the health-positive trend researchers found was activism. While activism improved the future socioeconomic status of youth, it also increased chances for risky health behaviors, such as substance abuse. Researchers posit that this could be the result of youth who aren't equipped with realistic expectations and coping mechanisms for dealing with slow or stalled progress—issues that can be addressed through adult and peer support, leadership training, and connections to like-minded young people.

So, the next time you hear someone expound that youth should be focusing on their studies rather than speaking out in the latest debates, you can tell them: it’s not only good for society to hear the fresh voices of a new generation, but it’s good for young people, too.