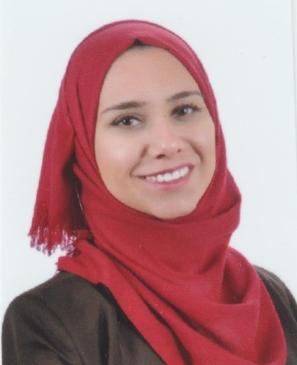 Rahaf Badawi is a Coordinator for IYF's Award Management Unit (AMU). Prior to joining IYF, Rahaf served for three years as a country finance officer at American Friends Service Committee (AFSC) in Palestine for their offices in Ramallah, Jerusalem, and Gaza. Additionally, she supported the joint initiative work between Jordan, Palestine, and Lebanon. While at AFSC, Rahaf represented the Middle East perspective to inform the organization's work on Diversity, Equity, and Inclusion (DEI). She is also passionate about issues including gender, climate justice, and refugee support. She was part of several initiatives in the West Bank refugee camps, the latest of which was called “Faye," an Arabic term referring to “the shade of trees,” which was funded by The Deutsche Gesellschaft für Internationale (GIZ). During this initiative, Rahaf was part of a team working to implement a rooftop garden for a neighbourhood in the Qalandia refugee camp. The build was documented, tracing how open spaces changed and decreased in the refugee camp. Rahaf believes that working with youth is an important step towards creating a positive change in the world. She has a BA in Finance from Birzeit University in Palestine.