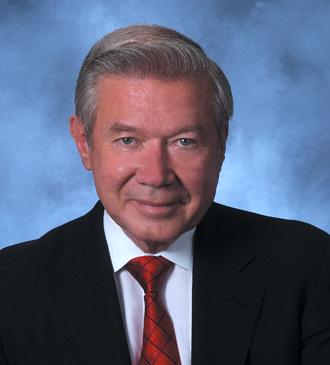 Mr. Schubert (Chairman Emeritus) is Chairman of the National Job Corps Association and the former Chairman of the Nazarene Compassionate Ministries Inc. He is a Founding board member of the International Center for Religion and Diplomacy. He is also Executive Vice President of Executive Coaching Network and Founding Board Member of the Management Training Corporation. Previously he was President and Vice Chairman of Bethlehem Steel Company from 1979 to 1982 and Chairman of the Committee on International Trade of the American Iron and Steel Institute. He has served as U.S. Deputy Secretary of Labor, President of the American Red Cross, and President of the Points of Light Foundation. He served as a consultant for the President of the International Institute for East-West Studies from 1990 to 1991. A graduate of Yale Law School, Mr. Schubert is the recipient of honorary doctorate degrees from seven universities.