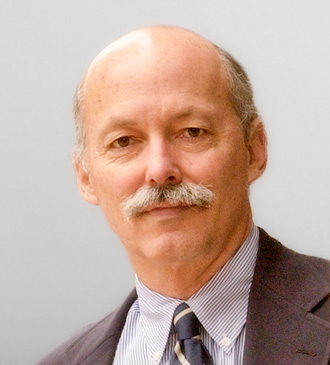 Bill Reese served as the Chief Executive Officer of the International Youth Foundation (IYF) from January 2005 until his retirement in December 2018. Having joined IYF in 1998 as Chief Operating Officer, Bill oversaw IYF’s operations and programs supporting positive youth development in more than 70 countries. Under Bill’s leadership, IYF invested in scaling and sustaining proven practice programs focused on workforce development and youth-led entrepreneurship, as well as leadership development for young founders and CEOs of social enterprises.

Before joining IYF, Bill spent 12 years as President & CEO of Partners of the Americas, the largest citizen-run, volunteer organization working to promote economic and social development in the western hemisphere. Bill served for 10 years with the Peace Corps, first as a volunteer in an urban community development project in Salvador, Brazil, and later as director of Brazil operations. He was deputy director of the Latin American and Caribbean Region, before heading a special task force that managed the international celebration of the Peace Corps’ 20th anniversary in 1981.

Bill served on the U.S. Government’s Advisory Committee on Voluntary Foreign Aid from 1991 to 2009. He was appointed chair by the Administrator of the U.S. Agency for International Development (USAID), and served nine years, the longest serving chair in the 70-year history of this federal advisory commission.

Bill serves on the board of Youth Business International, a UK-based non-profit promoting youth-led business start-ups and entrepreneurship globally. He was founding co-chair of the Alliance for International Youth Development. He also is a board member of Global Citizen Year that provides a bridge year of international service for U.S. high school graduates before they enter college. He serves as a founding board member of Solutions 4 Youth Employment, a multi stakeholder alliance co-created with the World Bank, international development agencies, multinational corporations and civil society leaders to tackle the global challenge of youth unemployment.

Bill has a strong interest in and experience of working with the business community, and in building powerful public-private partnerships. He serves on two mixed corporate-NGO boards that counsel supply chains. ICTI-CARE collaborates with international toy manufacturers, with special attention on Chinese operations. He is also a board member of WRAP, the Worldwide Responsible Assembly Production, which certifies apparel and footwear suppliers to global brands and major retailers. Bill was a member of the International Workforce Development Advisory Committee of the Management and Training Corporation, the largest Job Corps contractor in the U.S. In 2009, Bill was elected to the board of the Alcatel-Lucent Foundation, guiding its philanthropic and community investment programs around the world.

IYF and Bill are thought leaders on global youth issues. A member of the Center for Strategic and International Studies’ (CSIS) Advisory Board, Bill helped forge an IYF-CSIS partnership to mainstream youth issues into research, public policy, and civic dialogues on international peace, prosperity and development. He has spoken at numerous World Economic Forum events, Clinton Global Initiative Annual Meetings and a host of symposia. Bill maintains a series of columns on the Huffington Post and is a life member of the Council on Foreign Relations.

Previously, Bill was treasurer, board chair, and chairman of the Standards and Membership Committees of InterAction, the trade association/coalition of 200 US-based non-profits working in international development and humanitarian assistance. He also was treasurer of Episcopal Relief and Development, and board secretary of Women Thrive Worldwide. Over the last three decades he has served on the boards of the Independent Sector, the Basic Education Coalition, Eureka Communities, Amigos de las Americas, the Brazilian American Cultural Institute, the Alliance for International Educational and Cultural Exchange, the Washington Office on Latin America, the International Development Conference, the Rondon-Roosevelt Center (in Rio de Janeiro), Fundación para la Educación Superior/USA, COLEAD (Coalition for American Leadership Abroad), Child Hope International, and the Friends of the Art Museum of the Americas (OAS). He was vice chair of the Debt for Development Coalition and Finance for Development, Inc.

A Dean’s List graduate of Stanford University in 1970, Bill majored in political science and Latin American relations. He did graduate work at the George Washington University’s School of International and Public Affairs and taught U.S. diplomatic history. He attended the Stanford Executive Program at the Graduate School of Business in 1995. He resides in Washington, D.C. Bill and his wife, Suzanne M. Frederick, have four adult children.