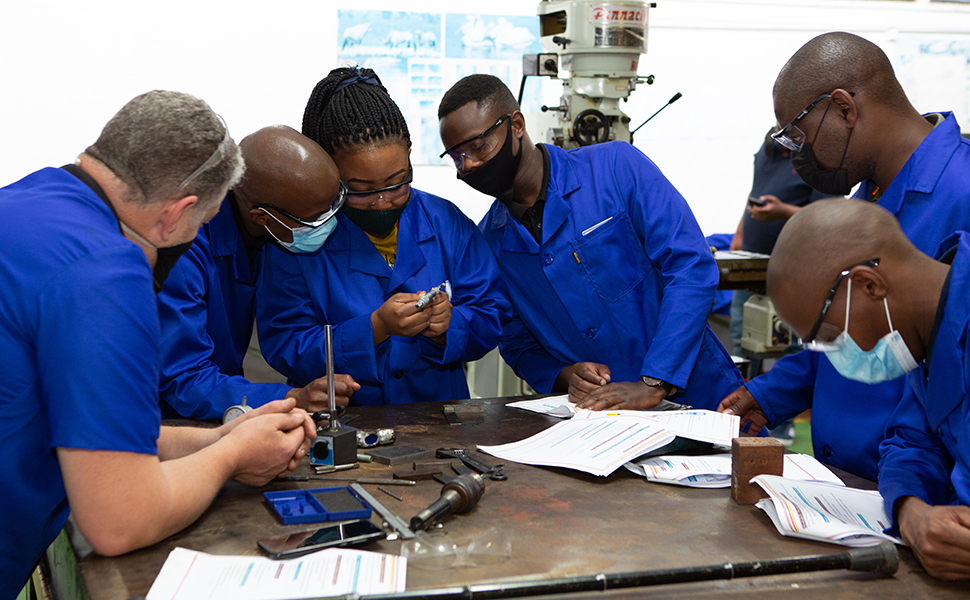 Throughout the process, we worked closely with our partners at the National Association of Automotive Component and Allied Manufacturers (NAACAM). This included identifying young women and employers willing to share their stories and insights on overcoming barriers to women’s entry and advancement in engineering careers. The research initiative, detailed in its final report, used an adapted Most Significant Change methodology to tell the stories of three students, seven young employees, as well as seven employers or companies. These interviews also gave respondents the opportunity to share some of their advice for other young women studying to become engineers or trying to advance in this industry. Here are three key recommendations that arose from those interviews:

1. Let your passion, determination, and drive help shift perceptions. Respondents shared a variety of starting points for their entry into engineering, ranging from encouragement from their family to pursue engineering, initiatives at their high school, knowing a neighbor who was an engineer, and an early interest in engineering, technology, or math and science. They confirmed that their successes—both big and small, whether in school or at work—played a role in shifting doubts from their family and community about engineering careers. It took time for others to believe in them and for them to believe in themselves. Yet, beyond support systems and external factors, respondents mainly attributed their overall success to their own passion, determination, and drive.

I chose a career in electrical engineering by following what I enjoy and am passionate about. —Program Manager, age 29

2. Find a mentor or two, and when you get ahead become a mentor. The women interviewed agreed that they benefited greatly from the support of many different people either in their studies or at work. Most mentioned support from their families, including parents, siblings, and spouses, but some also mentioned support from friends and co-workers and even study groups. Mentors, ranging from instructors to co-workers, were mentioned by both students and employees as part of their support network throughout their journey. Young engineers also advocated for women in this industry to consider mentoring others.

My dad is my role model, he had a firm policy that women must be independent, educate themselves and stand on their own two feet. —Logistics Manager, age 31

3. Take advantage of training and development opportunities early and often. Respondents confirmed that the industry is dominated by men, as many of them were the only women in their department or team. While some young women noted that they simply have not experienced gender bias at work, others mentioned having dealt with negative stereotypes and comments that made them question their place in the industry. For several employees, that resulted in the perception that they must work harder to prove themselves. Throughout these varied experiences, several women touted the benefits of company-organized training and development programs in growing their technical, management, and leadership skills as well as giving them a boost in confidence.

I am the only female in my team here, so I make sure I put in the hard work, learn from my mistakes, and do better because I don’t want to be regarded as not good enough and having this attributed to me being female. —Quality Engineer, age 30

It was inspiring to read each of the case studies that resulted from this research. For me and other development practitioners, it will be important to consider how to translate these learnings into workforce programs that support learners throughout their journey and engage industries to best invest in their current and future employees.

Learn more about High Gear and its Women in Manufacturing Research and Campaign.