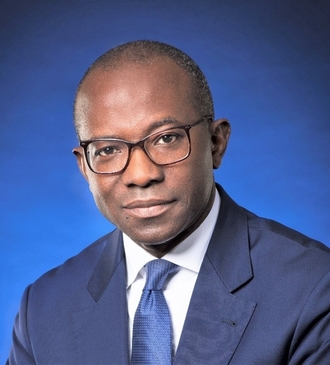 Didier Acouetey is the President and Founder of the AfricSearch Group. Since 1996, first international recruitment and Human Resources consulting firm specializing in Africa. With their partner Alexander Hughes, an international Executive Search firm, the AFRICSEARCH-ALEXANDER HUGHES Group is present in more than 50 countries.

As business advisor to several African major corporations and Governments, Didier Acouetey has built an extensive network of contacts in the African business and political community.

He launched in 2014 the first African SMEs financing forum, in partnership with several institutions including African Guarantee Fund, IFC, the African Development Bank, in order to build the next African corporate champions and create jobs for the youth.

Active member of several Think Tanks and promoter of the “Youth Excellency Program” whose objective is to promote Young Africans Leaders, Didier Acouetey has also co-founded the first Africa South East Asia Chamber of Commerce based in Singapore. Its objective is to promote business partnerships and best practices between African and South East Asian private sectors.

Didier Acouetey is a graduate from the Arts et Métiers school in Paris, and holds a Bachelor degree and a MBA from “ESCP EAP”, one of the top French business schools, and attended high level programs on strategy and management, including at Harvard Business School.